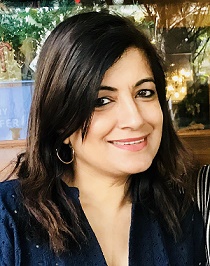 It is an honour and a privilege to contribute to the Women’s Words project in this momentous centenary year of women getting the right to vote. Cities such as Manchester are much more than bricks and mortar, commerce and commercial gain, they hold within them the aspirations and dreams of multitudes. Men have historically been the conduit and communicators of these dreams. The city been shaped by their aspirations and ambition, with women being largely unheard and unseen. It is fitting that the labour and sacrifices of such women are acknowledged and celebrated.

As a writer, I find Manchester to be immensely inspiring. It has a certain rugged industrial beauty and a rich literary tradition to draw upon. Even the grey skies and incessant rain can play their role in encouraging introspection and creativity. Anthony Burgess and Elizabeth Gaskell have an intimate connection with the city. In recent times, Carol Ann Duffy, MJ Hyland, Ian McGuire and John McAuliffe have chosen to call this city home. My latest novel is set in Manchester and the protagonists reflect the multicultural dynamism of this constantly changing city.

A city is only as great as its people and Manchester has opened its arms to embrace those who have been caught on the wrong side of history. Men, women and children hounded out of their homes because of wars, religion or sexual orientation can find a haven in this city. They carry within them stories of far off lands, tales of despair, hope, longing and love. They serve as fertile ground for any writer who aims to capture the complexity of what it means to be human. 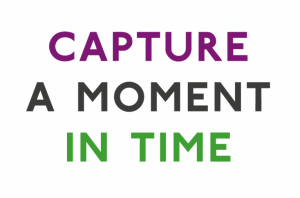 Those who have newly arrived and those who are assimilated can still face socio-economic barriers that prevent them from throwing down roots. Women particularly, because of cultural or language barriers, often find themselves on the margins of society. Projects such as these encourage such women to step forward. It plays a vital role in giving them a voice and articulate their hopes,enabling them to claim their rightful place within the mosaic of powerful women who have made Manchester.

Reshma Ruia is the author of Something Black in the Lentil Soup (BlackAmber Books, Penguin India), described in the Sunday Times as “a gem of straight-faced comedy”. Her second novel, A Mouthful of Silence, was shortlisted for the 2014 SI Leeds Literary Prize. Her short stories and poetry have appeared in various international anthologies and magazines such as Mechanics Institute Review, The Nottingham Review, Asia Literary Review, Lakeview Journal, and Saudade and commissioned for Radio 4. She is the co-founder of The Whole Kahani, a collective of British writers of South Asian origin. Born in India, and brought up in Italy, Reshma’s narrative portrays the inherent preoccupations of those who possess multiple senses of belonging.

We’ve all been there. You’re supposed to write a thank you letter,…

A hundred years of equality, hmm? Before we roll out that green,…