The Women’s Words on Manchester project took a long time to come to fruition…. a couple of years in fact, but good things don’t always come easily – and it was so important that this was good. 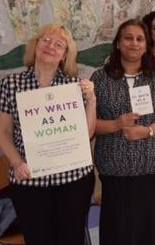 Straight away Manchester Libraries were keen to be involved in the project, as it reflects so many of the aims we have for all our residents, and indeed visitors to our city. Libraries enrich lives, promote equality and social inclusion, stand up for intellectual freedom and provide safe spaces and resources to improve life chances and quality of life for everyone.

The Women’s Words project is open to all women, from all walks of life. Your voices will be heard, your words will be listened to and your opinions will be valued.

When I was asked to lead on Women’s Words I realised this was far too big a deal to deliver by myself, but it required no thought at all to know just who the ideal partner would be. The Pankhurst Centre. Steeped in history as the birthplace of the Suffragette movement and still today continuing the fight that began over 100 years ago, to provide all women and girls with fair and equal chances in life.

I am so pleased to say they were as excited about the project as I was, and soon Gail Heath (CEO of the Pankhurst Centre) and I met…. and Women’s Words on Manchester was official! We were going to do this – and work was to begin straight away. 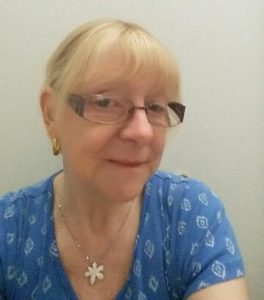 A call was sent out across the city for women who, like us, felt this was such an important and long overdue project that they would be willing to commit to it long term, join our steering group and deliver a project that was, by this point growing in size every day!

Soon we had established a core group of strong, committed and determined women, bringing a wide range of skills to the table – and formed two new partnerships for the project in the process. Wordplay Community Arts and Soroptimist International Manchester joined our band of women committed to the cause!

The skills and experience brought by our two new partners meant we could spread the word much further, reaching many communities across the city, supporting and encouraging many more women to write their stories and be part of this moment in history.

Bringing Women’s Words to life has not been without its challenges, and I think it is fair to say it has been a huge learning curve for each and every one of us involved in the project. But, with the support of Arts Council England we have managed to create an opportunity. The potential to document the lives of Manchester women, 100 years on from the passing of the Representation of the People Act, and the beginning of change. An opportunity to find out…. just how far have we come?

There are many, many strong, inspirational women out there. There are also many, many women who feel they are neither of those things. But, strength and the ability to inspire comes in many forms. I have, just this week, read two stories submitted to the archive by women who class themselves as very ordinary. I have to say I was moved and inspired by both of them, and feel that both women have shown so much strength and courage during their “ordinary” lives.

Words are incredibly powerful, but they require someone with the courage to speak, and someone with a willingness to listen. Send us your story, your experience of life in our city.

Your words matter. Your stories matter. We are waiting to listen.

Write your story. Add your words to the Women’s Words Archive, to be preserved in Manchester Central Library…. Be part of Women’s Words. Be part of this moment in history, and you will, without doubt encourage, inform and inspire future generations of women to make their voices heard.

Living, working and growing in Manchester

How has this city shaped you? Women’s Words Manchester wants to know…

Looking back on Women’s Words by Janet Splaine

0 Comments on "Your story preserved in Manchester Central Library Archives"